The electrical systems on your car are just as important as the engine, brakes, and everything else under the hood; this is because many parts of a car run by electricity and are not powered by the engine or simple hydraulics. When electrical components fail, your car could stall, run too hot, or fail to start in the first place; obviously this can be very dangerous, for you and other drivers on the road! Note a few common electrical issues you may face with your car so you know what you might be facing by way of repairs.

The engine runs too hot

The car is stalling and sputtering

When a car is stalling and sputtering, don't assume it's just poor-quality fuel; more likely it's the fuel pump. As the name implies, this pump determines the amount of fuel needed by the engine according to pressure on the gas pedal, and then pumps this fuel into the engine compartment accordingly. The fuel pump can begin to break down, so that the engine gets sporadic amounts of gas; in turn, it sputters or stalls. Note if the engine runs fine when you put more pressure on the gas pedal, as this often indicates a problem with that pump, as putting added pressure on the pedal forces needed gas through the lines. In most cases, once the fuel pump begins to fail, it simply needs replacing.

If your car doesn't start, don't assume it's a bad battery. The engine actually starts working when you turn the key because of the starter, which gets the pistons moving when they're idle. The starter is an electrical piece that can eventually wear out; when it does, everything else about the engine will be fine, but it simply won't start. If you've checked the battery and it's still operational, consider if the starter needs replacing. 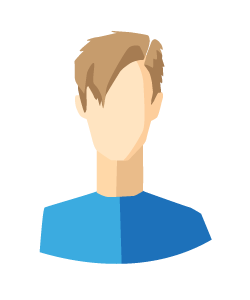